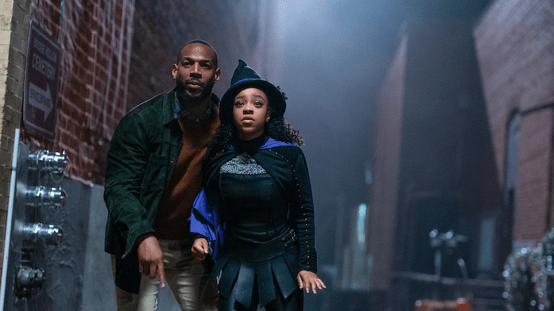 Comedian Marlon Wayans, Priah Ferguson, and Kelly Rowland are set to bring family scares to Netflix this Halloween with the new film The Curse of Bridge Hollow.

In The Curse of Bridge Hollow, A father (Marlon Wayans) and his teenage daughter (Priah Ferguson) are forced to team up and save their town after an ancient and mischievous spirit causes Halloween decorations to come to life and wreak havoc.

The film’s screenplay was written by Todd Berger and Robert Rugan. Along with him starring in the film, Marlon Wayans also took on executive producer responsibilities alongside Rick Alvarez and Nathan Reimann.