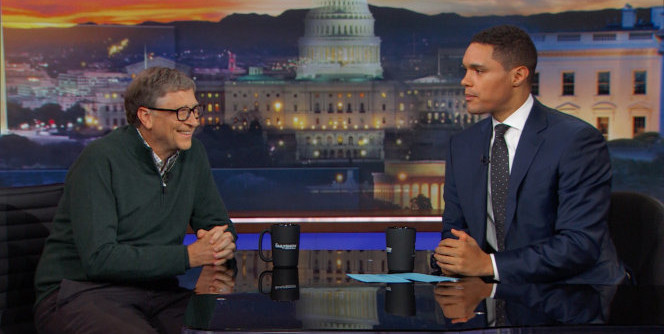 From the moment Trevor Noah began performing stand up comedy, he has been on nothing but a roll. It’s only natural that a move to the world stage became his next step. And now, even one of the world’s richest men has grown to love Trevor almost as much as we have.

Millennials want to make a difference in the world. One of my favorite comedians @Trevornoah urges us to give them a chance. https://t.co/PMgDCTUWcg

The co-founder of the Microsoft Corporation is known as many things; an American business magnate, investor, author, philanthropist and humanitarian but to many, his wealth is what they choose to identify him by. As such, it understandable to be weirdly ecstatic that the Billionaire publically declared one of SA’s proudest exports one of his favourite comedians.