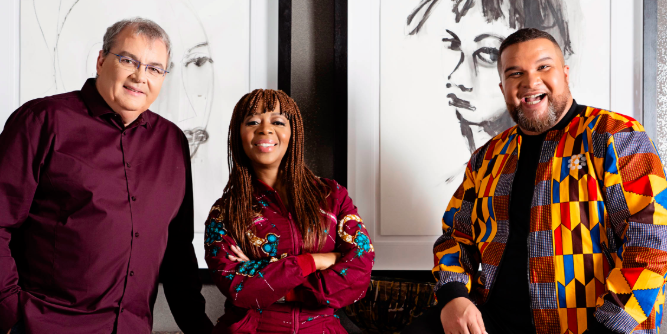 Jason Goliath keeps making waves in the local entertainment industry. After hosting his own talk show and presenting etv’s ‘The Morning Show’ in the past, the comedian is heading back into the presenting world as he joins Kaya FM’s breakfast show as co-host.

Jason will join Thabiso Sikwane and host David O’Sullivan for three hours of fun, entertaining discussions and lots of laughs every Monday to Thursday between 6am and 9am.

Besides his new slot on the popular radio station, which won the coveted ‘Station of the Year’ award at this year’s Liberty Radio Awards, Jason is also bringing fans around Johannesburg a brand-new one-man show titled ‘Manstruation’ from the 2nd to the 12th of October 2019 at the Auto and General Theatre on The Square, Sandton City.

Jason is one of the very few comedians fondly known for getting away with making audiences laugh at life’s uncomfortable truths. Now having married the love of his life, audiences can prepare themselves for brutally honest and uncomfortable truths around relationships and a whole lot of laughter!

His authenticity and energetic personality will soon win you over and more than likely, leave you gaping at a thought, then immediately breaking into raucous laughter.

What should audiences expect? This is first a comedy show, so audiences need to be prepared for tons of laughter, wheezing and happy tears from start to finish – that is the best part! But when audiences leave the show, they will be enlightened, which Jason says is not always a positive thing. “After leaving my show, I want people to better understand their situation and start thinking about what they want, where they are going. I want people in amazing relationships to “get out of their own way”, more often we take things too seriously, we have become too sensitive, we overanalyse and have become so selfish. My show offers a deeper understanding and a solution in the way I know best – funny”.

Africa's comedy finally has a home and voice. Here at NoJokesComedy we consider ourselves the Africa's 24 Hours Premium Comedy Website Network. We offer daily updates, interviews, original productions, merchandise, editorials, comedy events and latest stories as it unfold; we’ve created a home for comedy fans. NoJokesComedy’s team main mission is to show a hip-pop side to the world of jokes beyond the usual appeal. The overall process for us here at NoJokesComedy is to create, build a platform designed to introduce the newest wave of comedians and stories happening today and beyond. This platform was founded and pioneered by visionary entrepreneur Rethabile Mohlala under DameConcepts Group. http://DameConcepts.co.za/