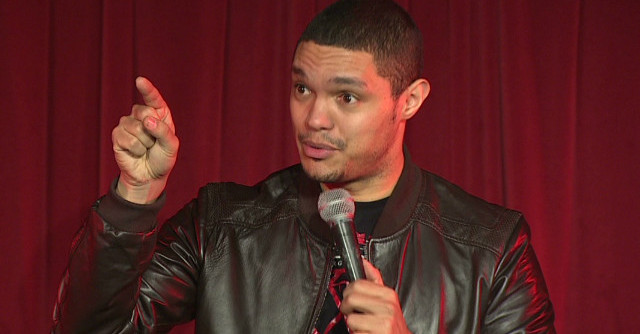 President Donald Trump is a lot like a stand-up comedian, Trevor Noah said, he “connects with audiences in the same way.”

Speaking at “The Messy Truth,” a town hall series hosted by CNN commentator Van Jones, “The Daily Show” host analyzed how Trump interacts with a crowd.

Noah cited the tribute Trump made to Carryn Owens, widow of slain Navy SEAL “Ryan” Owens, during a joint address to Congress. Jones earlier drew criticism for calling it “one of the most extraordinary moments you have ever seen in American politics.”