Home  /  Lifestyle  /  Trevor Noah: My mom refused to be bound by ideas of what black people couldn’t or shouldn’t do
NoJokesComedy October 27, 2016 Lifestyle Leave a Comment 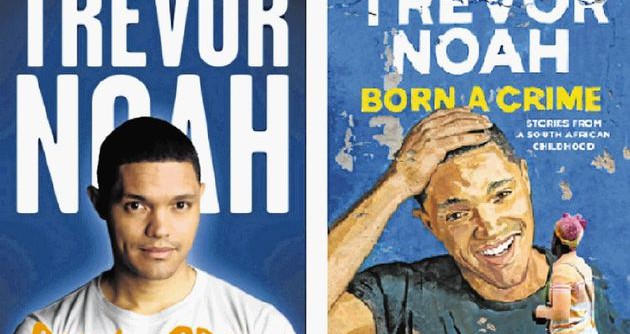 It’s three weeks until comedian Trevor Noah releases his much anticipated book, Born a Crime. An extract of the book has been released detailing his childhood growing up in Eden Park,Johannesburg during Apartheid.

In the extract, published by the New York Times on Tuesday, Trevor paid tribute to his mother for her strength.

He explained that growing up he “never felt poor” because of the “rich” experiences his mother gave him.

“As modestly as we lived, I never felt poor because our lives were so rich with experience. We were always out doing something, going somewhere. Sometimes, my mom would take me on drives through fancy white neighbourhoods. We’d go look at people’s houses, look at their mansions. We’d look at their walls, mostly, because that’s all we could see from the road. We’d look at a wall that ran from one end of the block to the other and go: ‘Wow. That’s only one house. All of that is for one family,” Trevor remembered.

Trevor said that his mother was able to give him these experiences because she “refused to be bound by ridiculous ideas of what black people couldn’t or shouldn’t do”.

“She raised me as if there were no limitations on where I could go or what I could do. When I look back, I realize she raised me like a white kid — not white culturally, but in the sense of believing that the world was my oyster, that I should speak up for myself, that my ideas and thoughts and decisions mattered… My mother showed me what was possible. The thing that always amazed me about her life is that no one showed her. No one chose her. She did it on her own. She found her way through sheer force of will,” he added.

In this way, Trevor said, his mom prepared him for “a life of freedom” long before the system of Apartheid collapsed.

“My mother started her little project, me, at a time when she could not have known that Apartheid would end. I was nearly 6 when Mandela was released, 10 before democracy finally came, yet she was preparing me to live a life of freedom long before we knew freedom would exist,” he wrote.

In a more light-hearted moment, Trevor opened up about driving a car as a six-year-old.

“On the commute to work and school, there was a long stretch of the road into town that was completely deserted. That’s where my mom would let me drive. On the highway. I was 6.”