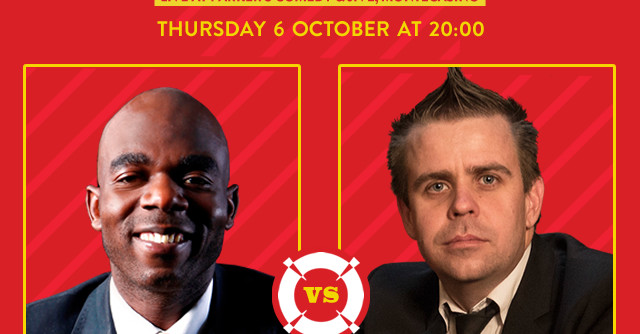 <>Radio DJ and TV host Ayanda MVP is set to MC the evening, while Media Personality and Socialite Maps Maponyane will be providing the entertainment as the celebrity judge for the evening along with the roast master John Vlismas and comic legend Joe Parker.

Evert van der Veer, Vice President, Comedy Central Africa said “The Roast Battle is a great spectator sport – brings out the dark, cut-throat underbelly of innocent-looking comedians, and stripping away the humourous façade to reveal an almost diabolical determination to annihilate their fellow comedians. I can’t guarantee if any of them will be speaking to each other after this next Battle, but I can promise that the audience will be laughing its socks off…”

The entertaining line-up of comedians for the evening include:)

Tickets for the show are available from Computicket, or on the door at Parkers, tickets priced ZAR 150.