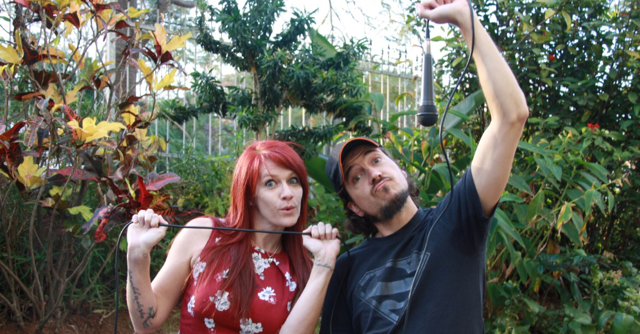 WHEN it comes to stand-up comedy, there’s no one that has put Durban on the map quite like Durban North residents, Jem Atkins and Jess Knauf. The duo who run On Fire Comedy, were recently nominated for ‘The Best Friend of Comedy’ award at the sixth annual Savannah Comics’ Choice Awards.

“We are just thrilled,” said an elated Atkins. “Last year we set ourselves a goal to give everything we had to be nominated and we are just so honoured. It’s an acknowledgment by the industry because this isn’t decided on public votes, it’s about comics voting. For us it’s a huge win just being nominated.”

The former Northwood School pupil started On Fire Comedy four years ago, in the hopes of promoting local comedians and building the scene in Durban.

“When I started my career as a stand-up comedian, there were just no gigs. Comedy shows were almost non-existent in laid-back Durbs. But, Jess and I have worked really hard to put the city on the map. It was slow in the beginning and I never thought we’d reach the heights we have been able to. Since its inception we’ve brought some of the biggest names in the industry to Durban, which is phenomenal – guys like Loyiso Gola, John Vlismas, Kagiso Lediga, Chester Missing, Joey Rasdien.

“We’ve been pushing Durban Comedy Week and it’s become a well-supported monthly event throughout the city, where SA’s biggest comedians share various local stages with Durban’s best acts. Most of our shows are regularly sold out and have become a highlight on the social calendar,” Atkins said.

Jess Knauf, who specializes in marketing and has been instrumental in helping to grow the company, echoed Atkins’ thoughts.

“I’m very proud because we’ve put in so much hard work. To be nominated in this category along with some of the industry’s most prominent promoters (Cape Town Comedy Club, David Kau, The Goliaths) is such a privilege, we are so humbled by it.

“Since we started we’ve produced almost 300 shows and I think it’s a huge feather in our cap when comedians want to keep coming back and doing shows in Durban. There is a thriving scene of comedic talent that the city has to offer,” she said.