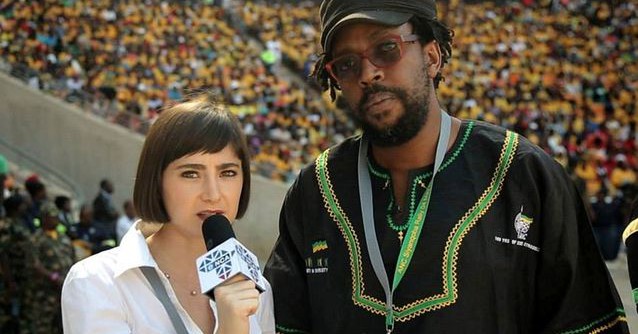 The film, which mocks the freaky state of South African politics, tells the story of Wonder Boy, a charismatic and authoritative young man from the Eastern Cape, who is coerced into running for president by two dubious and corrupt characters. Their aim is to mould him into a great politician and then manufacture his downfall at the right time, for the right price.

Against this backdrop of political chaos, Wonder Boy falls for the official opposition’s Mbali Sithole. When their romance is exposed by ruthless journalist Kerry Mercer, things start to fall apart for the people’s hero.

“‘Wonder Boy for President’ pulls no punches and packs in the laughs throughout,” says Barker. “The film is a hard-hitting and deeply funny political satire that delves into political dynamics and the challenges unique to the crazy world of South African politics.”

Barker and Lediga are no strangers to the local entertainment scene. Barker made his directorial debut with the award-winning comedy ‘Bunny Chow’, with Lediga as a writer and co-lead in the film.

The film, produced through a Barking Rat Film in association with Dog Pack Collective, was produced by Barker and Lediga, and co-produced by Tammy Lewis-Houghting and Jeremy Nathan.